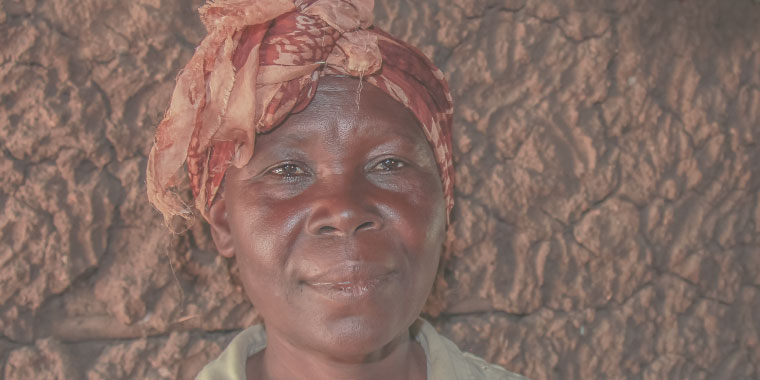 Three simple words, but a very serious symptom presented by Caren, a Kenyan patient, to KCU student doctor Alexander Baxa (COM ‘2018) at the Mama Pilista Memorial Health Center in Masra, Kenya. At home in the United States, Baxa’s approach to treating this patient likely would have been different.

But in this situation, his third-year clinical clerkship in KCU’s Global Health Track, he was learning to make the most with the limited tools he had. One of those tools was the osteopathic philosophy of treating the whole person – mind, body and spirit. 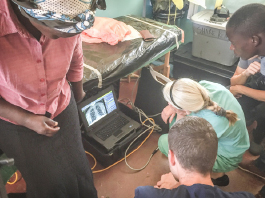 Beginning with a portable x-ray displaying results on a tiny screen, Baxa and fellow student doctors worked alongside a volunteer doctor and diagnosed the cause of Caren’s breathing problem. She had pneumonia.

Looking for a holistic approach, Baxa took the time to learn more about his patient.

He learned that Caren is a 44-year-old single mother who suffers chronically from asthma. Because a higher-paying job working in rice fields is impossible due to her health condition, she sells vegetables such as kale and tomatoes on the side of the road. Caren has given birth to seven babies, four of whom are still living. Her daughter is employed as a live-in maid and her three sons live with her and are in school. Her husband disappeared years ago. Caren, like millions of African mothers, provides the sole livelihood for her family and earns just enough money each day to feed them. If she is sick or gets hurt, her family doesn’t eat.

To get a closer look at his patient’s life, Baxa took the time to visit Caren’s home.

“I wanted to learn a little more about her lifestyle, her job, her kids and her stresses and how she manages them,” he said. “She was very kind and welcoming. She started our visit to her house with a prayer. She graciously showed us all of the rooms in her small home, and introduced us to her neighbors. I learned more about the hardships people face in Kenya and the difficult decisions parents face every day.”

Baxa learned that the education and well-being of Caren’s children are the most important things in her world. She was distressed that she would not be able to provide adequate food for her kids that day. Her daughter also suffers from asthma, but rarely has access to medication.

“Sometimes if you do not have money you are not treated,” Caren acknowledges. “It can be a difficult life without medicine or food.”

Caren had recently attempted to seek treatment at a public hospital, but found the hospital was closed.  At the suggestion of a neighbor, she made her way to the Mama Pilista Memorial Health Center in Masra. This village health center, founded by Bonyo Bonyo, DO, provides cooperative health care for the thousands of residents that live in the area.  Dr. Bonyo, a native of Kenya educated in the U.S., practices family medicine in Akron, Ohio. He is a beloved figure in Masra and he facilitates several trips each year for osteopathic medical students to support the local staff. 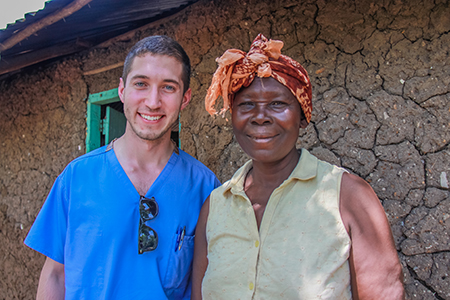 As a part of KCU’s Global Health track, 10 medical students were selected to perform a 3-week clinical clerkship in Kenya in December 2016. The clerkship is designed to immerse third- and fourth-year medical students in the delivery of health care without the luxury of high-tech equipment and ability to run multiple lab tests. Most of the students on the trip said their decision to attend KCU was made in large part because of the opportunity to learn in the global health setting.

In addition to benefitting the patients and families receiving services, the impact that the Kenya clerkship had on students’ capability to perform core elements of osteopathic practice was tremendous, according to Gautam Desai, DO, FACOFP, professor of primary care.

“The transformation is remarkable to observe – students improve each of the core elements of being an osteopathic physician in training," Dr. Desai said. “Their ability to conduct a physical and osteopathic exam, arrive at a diagnosis, document the encounter, and communicate with the patient/family/attending physician all improve after seeing patients and repeatedly practicing the skills taught during their principles of clinical medicine course.”

“Prior to the trip, some students feel they are financially poor, but after seeing how little some patients have, they feel lucky to have what they have, in terms of not only material goods, but the grace to be able to pursue a career in osteopathic medicine,” he said. “Sometimes this causes a bit of culture shock upon return, and we tell students to expect that.”

“I heard the students were capable of helping people like me,” Caren said hopefully.

Caren made a good decision to seek treatment in Bonyo’s clinic. Baxa provided the antibiotics she would need to stop progression of pneumonia. And, he gave her a cortisone injection to relieve the pain in her knees resulting from years of hard, physical work. The KCU team purchased a small amount of food and tea for Caren and her sons to help them get by until she became well enough to sell her vegetables again.

As Caren said goodbye, she thanked Baxa and expressed how pleased she was with the care she received. She gave him a big hug and a smile saying, “I will continue to pray for you and your family.”

Three KCU-COM faculty received honors from the American College of Osteopathic Internists as...

AOF Names Craig Dietz, DO, Physician of the Year

The American Osteopathic Foundation (AOF) has named Craig Dietz, DO, clinical adjunct faculty as an...

KCU's Schoen W. Kruse, PhD, and John Graneto, DO, were inducted into the 2016 National Academy of...