Reflections from a Graduate 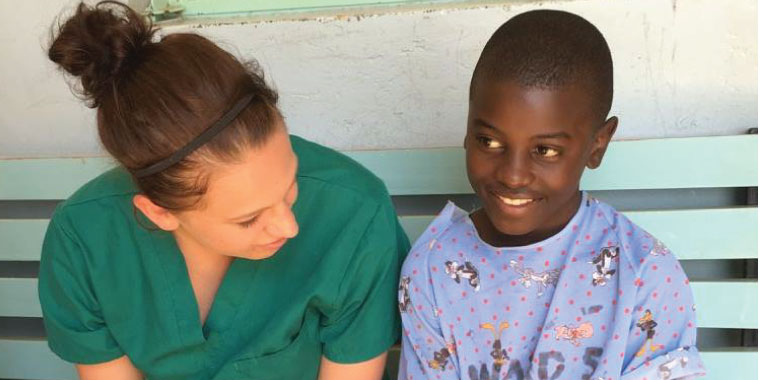 Going to Kenya was one of the best decisions I have ever made.

Even as a person who had never traveled overseas and who gets really homesick really easily, I knew that a great opportunity to do international medical work as a student was one that I shouldn't pass up.

My first time going to Kenya as a third-year student was special for a lot of reasons. While traveling to a developing country was a great opportunity to see how life and medicine are different on the other side of the globe, it also emphasized to me how similar we all really are, just by being human, even half a world away. This was especially true with the children I met there. During clinic days kids from the village would play near the clinic, and if you would watch them for a moment, you wouldn't be able to tell you were in another country at all. These Kenyan kids were just as goofy, loud, rambunctious and happy as any group of kids you would see playing back home.

One day before clinic, we had the opportunity to tour a state hospital in Kisumu. That's where I met Brighton. He was about 13 or 14 and a patient in the hematology/oncology ward. When we got to the ward and stopped to hear more about the hospital he was sitting outside and looked understandably nervous: he was surrounded by a group of staring, scrub-clad alien life-forms. Seeing his anxious, skeptical face reminded me of the kids I saw playing in clinic and that Brighton was just like any other teenager stuck in the hospital being surrounded by a bunch of weird adults. That was all I needed to sit down next to him and introduce myself hoping to put him a little more at ease. Within minutes we were talking, laughing and looking at pictures on my phone.

To say I learned a lot from my third- and fourth-year rotations in Kenya, is a gross understatement, and I plan to continue learning more by returning as a Pediatrics resident. Still, one of my favorite lessons that has stuck with me has been that no matter where you go, patients are people, and if you're willing to remember that, you can make a meaningful connection with anyone no matter how different or how far apart your worlds may seem.

Kansas City University of Medicine and Biosciences osteopathic medical students from the Class of...

KCU began its second century of commencement ceremonies with a record. A total of 361 students from...

The Kansas City University of Medicine and Biosciences (KCU) is closing in on $40 million in...